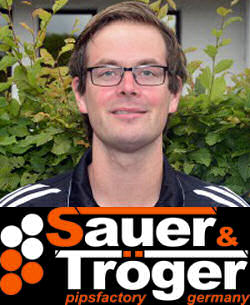 The Sauer & Tröger company was founded by Sebastian Sauer and Pascal Tröger, who are undoubtedly two of the top German close-to-the-table long-pimple players. The makers of the famous Hellfire rubbers are based in Bendorf, Germany, but their products are sold in shops worldwide. Their focus is on pimple rubbers and related equipment, and this is where their expertise and experience lies. Their first long pimple rubber, Hellfire, put them on the map, as it was highly successful rubber, producing sales worldwide even today.

Sebastian Sauer has been running training camps since 2007, training thousands of players in the unique aspects of long pimple techniques. Being in the center of not only playing, but also teaching, allows him to gain invaluable insight into the demands and needs of pimple players. This led to the development of more products, to meet the needs of more players. Since this time, Sauer & Tröger has grown to become one of the leading international manufacturers of products for players with pimple-rubbers or defensive/allround styles. They now make 7 different rubber types, 4 different blades specifically designed to work well with their rubbers, and a DVD which is the most comprehensive guide on pimple / anti techniques on the market.

OOAK Shop is the Australian distributor for Sauer & Tröger and as such I got to know Sebastian quite well. I asked if he would a agree to an interview, and he kindly accepted. You can read the full interview below. If you have further questions, you can post them below, and I’ll ask Sebastian is he can answer those as well.

Alex: How do you see the growth in the number of players with long pimple / anti styles? Do more or less players play this style over the last few years?

Sebastian: What I can see from my courses, is that the number of players with pimples or antispin rubbers are increasing, especially in Germany. I’m convinced that a larger percentage of players are playing with these rubbers, but I have no official statistics for this of course.
The reasons for this vary, and depend a lot on the individuals. Many players use these rubbers because it improves their game, so they are more successful. However there are also many other players, especially older ones, who want to play this style because it require less physical movement, and allows them to maintain a high level even though they’re less mobile.

Judging by the feedback from our re-sellers in other countries, this trend should is very similar everywhere. For example, a Korean shop owner told me that this style of playing close to the table has increased a lot in the last years and is growing and growing. 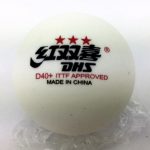 Alex: What impact has the introduction of the new plastic (poly) balls made on this style? Can players adapt?

Sebastian: Firstly, most players ask me if the new polyball will be good or bad for their game and their success. We have to tell that there are still big differences between the characteristics of the different polyballs. So it is not the same with every ball. The polyball introduces less spin into the game, which of course is not beneficial for a disturbing style strategy close to the table.
However, after some years of experience I can tell you that most players have had no big problems in keeping their skill level with these new balls. Maybe you have to make some adjustments in technique while playing more offensive or consider a change rubber. But if a player is open this, then he should be able to keep playing at the same skill level.

Alex: What has been happening at Sauer&Tröger over the last few years? How has the brand progress?

Sebastian: A lot has happened! After the big success of Hellfire, when it became a top seller in most of the countries we researched, we developed other rubbers and blades, mostly with the focus on players with defensive styles or pimples. Also we produced a DVD showing techniques playing with pimples or anti-spin close to the table.
The brand grew very quickly, and today more and more players play with our rubbers and blades. We are displayed in many retailer catalogues and we are proud of the many shops that sell our goods all over the world.

Alex: What are your goals for the future?

Sebastian: Of course we try to develop more blades and rubbers that players love and play with successfully. This will make both the players and us happy. In most European countries we are already popular and well known by most players. We would like to fan-out further and into other European countries. There are still many countries, especially in Asia, where there is plenty of potential for our popularity to increase.

Alex: Over the last few years you’ve introduced many new products. As a shop we’re often asked if we can provide a brief summary or overview of your products, that highlights the main differences. Are you able to provide this?

Sebastian: Yes, of course we like to give this overview: 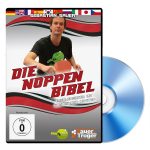 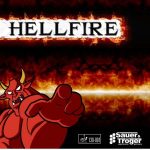 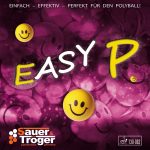 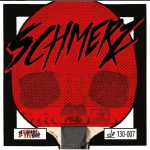 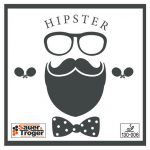 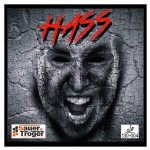 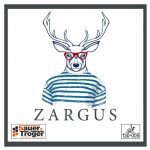 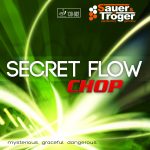 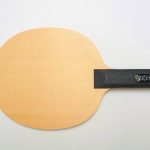 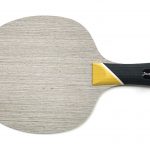 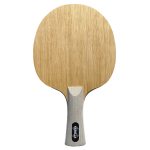 Black and White (will come in April):

Sebastian: Sure! In my opinion when playing with pimples the combination of blade and rubber is more important as when you play with inverted rubbers.
Of course it is individual and every players needs different characteristics for his style but here are some combinations where we know they harmonize very well: