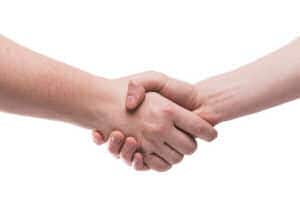 In some sports, sponsorship can be worth millions of dollars, but unfortunately table tennis is not one of those, at least not in Australia. Sponsorship of table tennis players tends to be quite rare these days, and is usually reserved only for the very top players in the country. How does sponsorship work, and why is it rare these days? How can you improve your chances of getting a sponsorship deal? This article discusses these issues, and how you can best position yourself to get sponsored.

How does sponsorship work?

Contrary to what some player might believe, sponsorship is not just freebies for players that have achieved high levels in the ranks of table tennis in Australia, or at least that’s not how we think about it at OOAK. We believe sponsorship is a partnership between the player and the sponsor, and should offer benefits to both, in a nutshell;

The Player: Usually the players received items like table tennis equipment, clothing or accessories to be used during the events that they play. The equipment should enhance their game and offer high potential of improvement.

The Sponsor: Gets exposure of the brand(s) they carry and/or their company name, so that more people recognise it and it can bring in more business.

It’s vitally important that the Sponsor offers equipment that they know will help the player to improve and maximises their chances of future success. It’s also vital that the player has a genuine belief in the quality and performance of the equipment, to give them confidence and maximises their chance of success.This way they don’t feel they need to lie when recommending the equipment or brand to others.

In other words, the sponsorship is more or less a partnership between the player and sponsor, where the goals of both parties are aligned, and the success of the player is of mutual benefit.

Why is Sponsorship so rare these days?

I believe there are two main reasons why table tennis sponsorship is so rare these days in Australia, and you need to put yourself in the shoes of retailers to understand the logic;

1. Go back 20 to 30 years, and there were only 1 or 2 dealers in the area that could supply equipment, and in general the margin on prices was high because there was little to no competition. This meant there was plenty of ‘fat’ to offer sponsorship, and the benefits of the sponsorship would go almost exclusively to the retailer (and the player of course). Some of you might remember that a rubber like Mark V or Sriver is almost the same price today as it was 30 years ago, so you can well imagine how high the margins were in those days.

Comparing to current times, margins are much tighter because of competition with other retailers online…players can jump on their phone and buy from anywhere in Australia or even overseas. Although good service is still important to most players, prices must at least be competitive, or they’ll take their business elsewhere. Lower margins means there is less ‘fat’ to play with, so less money available for sponsorship.

2. It doesn’t stop there though. Brands offered to players by the sponsor is often also carried by several other retailers in Australia, and almost certainly carried by online shops overseas. So even if the player has great success in their career and does well in promoting the brand of the equipment, the benefits don’t flow just to the sponsor, but are shared amongst all the retailers that players have access to.

So I’m sure you can well imagine a senario where a retailer spends a great deal of effort on sponsoring players and promoting a brand, only for another retailer of the same brand to just undercut them, and reaping most the benefits.

This is why I believe sponsorship is much rarer these days. It can still work, but only if the player and sponsor really work together, creating a Win-Win situation.

Does OOAK offer any type of Sponsorship?

OOAK Table Tennis Shop is a distributor for most of the major table tennis brands, but despite our efforts, it’s been hard to convince manufacturers the benefits of sponsoring players in Australia. Only Victas, for which OOAK is the distributor in Australia, has so far agreed to partner with OOAK Shop to sponsor 3 players in Australia, as per the sponsorship annoucement a while back. Victas and TSP are the same company, so players may be given the option of choosing from the TSP equipment as well.

The agreement usually lasts for a year, after which we re-evaluate the sponsorship and may be looking for new players to partner with. If you like the Victas brand and equipment, and think you can partner with OOAK to create a Win-Win situation, feel free to contact us and we will let you know if any opportunities are available.

The following players are sponsored by OOAK and Victas:

Isaiah Lee started playing table tennis in 2012 at aged 7. Isaiah has been a South Australian Junior representative for 5 years and was selected to join the Australian National Junior Squad this year. Isaiah has been an active participant in TTSA Winter Pennant competition for the past 7 years and has been overseas to Singapore and China for regular training stints. Isaiah’s long term goals are to continue focusing on improving his table tennis skills and contribute towards increasing the profile and standard of table tennis here in Australia. 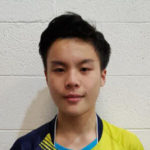 Alex Yeung has been a registered junior player at Table Tennis NSW since 2014. Alex has exhibited true passion and commitment to table tennis through his dedicated training with Table Tennis NSW coach Tony Lee. Alex was ranked No. 4 in Under 15 boys in Australia (Dec 2017) and No.5 in Under 18 Boys (March 2018). Alex plays all the major tournaments in Australia, and his long-term goal in table tennis is to represent Australia at the Commonwealth Games as well as the 2024 Olympic Games. 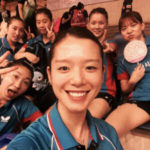 Minhyung Jee has been playing table tennis for 23 years, and is currently one of the top female players in Australia. Minhyung Jee is very passionate about table tennis, and travels to participate in the major tournaments in Australia and also overseas. She is the 2018 and 2019 title holder of the Australian National Championship women’s singles, as well as several other Australian titles!

As of Jan 1st 2016, VICTAS has signed a sponsorship deal with Koki Niwa (Meiji University) for five years, where he will be a sponsored player as well as an advisor to the company. Koki Niwa was the gold medalist at the 2010 Youth Olympic Games representing Japan, and he won the World Junior Table Tennis Championships in 2010 (doubles) and 2011 (singles). On 21 April 2012, he defeated Ma Long of China, World Rank no 1, to become the first player to be qualified for 2012 Olympics from the Asian Olympic Qualifiers. Following the 2012 London Olympics,he has been nominated to represent Japan in the individual & teams matches for 2016 Rio de Janeiro Olympics. Koki’s current (Dec 2015) world ranking is 12. 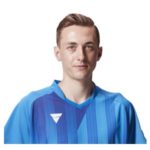 VICTAS, a major Japanese Table Tennis manufacturer, signed a sponsorship contract with England No 1 and World No 15 Liam Pitchford commencing from the 1st June 2019. Liam has been playing amazing Table Tennis for some time now and having beaten players such as Ma Long, Timo Boll and Japanese ‘Wonder kid’ Harimoto, he has risen rapidly up the World Table Tennis rankings to number 15!